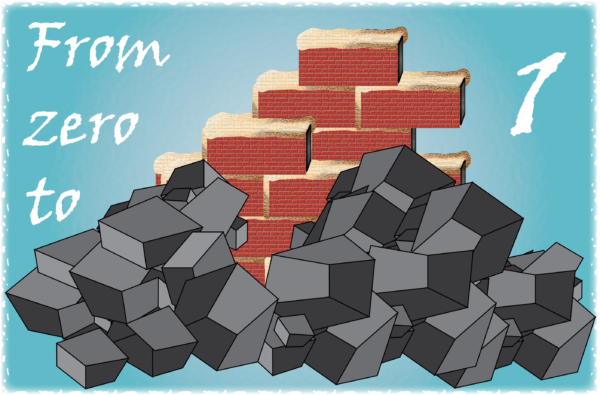 On June 2, I attended the Entrepreneurial Bootcamp at the BIO Convention in Philadelphia. The Keynote speaker was Jeff Marrazzo, the CEO of Spark Therapeutics. The goal of his talk was to tell us about the early days of Spark, when it was the company of 1 (or of 1.5). Building a biopharma/biotech startup from scratch makes for a good story. But building it outside rich Boston and San Francisco ecosystems makes for a GREAT story, moving and inspiring.

I have to admit that I was not particularly excited about this lecture, even though it was right up my alley, in the gene and cell therapy space. I have heard Jeff multiple times before during Spark’s earnings calls. Since Spark is a public company, all these calls are properly scripted, i.e., ‘sterile’. I thought that Jeff was going to come with a pre-approved, soul-less speech.

Jeff came out on podium dressed quite casually, in jeans and a properly wrinkled jacket. He just talked, without slides or much of notes. He told how he started his business journey and where he came from. I was surprised to find out that he was in politics and non-profit before Spark. The Children’s Hospital of Philadelphia (CHOP) wanted to spin out a company, and Jeff wanted to create a job for himself. He roamed the halls of CHOP and talked with PIs about their technologies. When he met Dr. Kathy High, they planned to have a typical meeting. But, as Jeff described, they ended up having a seven-hour meeting instead, which caused him to miss several trains back to NYC.

A Company Is Born

For the first 6 months, they did not announce the company. Jeff worked by himself, trying to figure out all licenses that would be required to develop and commercialize the technology. He also had a benefit of CHOP promising to invest $10M in the company. However, for a long time, he did not have the money in the bank and kept racking up legal and other fees. “It was all IOU”, he said. Somehow, he persuaded CHOP that the press release should state $15M instead of committed $10M.

When we observe a public company like Spark, we usually see a company that goes relatively smoothly through the development, interactions with the FDA, patient recruitment, etc. This is clearly by design. What we do not see are daily psychological barriers.

Behind the scenes, doomsday conversations were very common at Spark. According to Jeff, people would say something like “you can never get it approved”, “you will never get it reimbursed”, “there are only 2 patients out there”, and on, and on. But the CEO must keep fundraising non-stop and hope that his team will make miracles happen.

As I was listening to Jeff’s story, I kept wondering to myself, “How can this guy be so calm?” Many people in the audience probably had the same thought because someone asked him just that.

Jeff responded that you have to have an even-keeled personality, otherwise you cannot keep at it for long.

Culture, Mission, Vission – Are These Even Real?

Everyone likes to discuss ‘culture’ and ‘mission and vision’. So did Jeff Marrazzo. But what does this even mean in real life? Most people treat their jobs as jobs, and not as their mission. You can see it by how quickly many people switch companies when a more attractive opportunity comes along. If you have a mission, you do not switch it to another mission opportunistically. I do not blame them, I totally get it.

When Jeff talked about culture, mission, and vision, I felt differently. He was very persuasive. It was easy to believe what he said. He said that on multiple occasions he sacrificed higher valuation in order to gain non-economic provisions that would help maintain the grounding environment he had. In other words, he felt that the support of his colleagues and the Board was too precious to lose. He essentially said that, eventually, people can tell if their leaders are full of beans (my words, not Jeff’s). Therefore, living and breathing your mission and vision actually helps in the long-run. Also, it helps to go through business ups and downs, that happen all the time. And these ups and downs always feel more severe than they really are.

“This job is pretty much continuous fundraising…. It is not for the faint of heart,” – Jeff Marrazzo, CEO of Spark Therapeutics.